Health and Education are a primary goal of the American Coton Club and this is one way that we can help the Coton Community in eradicating this preventable disease from the Coton de Tuléar gene pool.

We would like to publicly thank all of those that ordered the 2012 Coton de Tuléar Calendar as you have made it possible for the American Coton Club to establish this fund. We hope to continue to help the Coton Community.

The American Coton Club will donate funds for DNA testing of Bandera’s Neonatal Ataxia (BNAt) for Coton de Tuléar Breeders in hopes of helping to eliminate this disease from the Coton gene pool.

We hope that the American Coton Club Bandera’s Neonatal Ataxia Health Testing Fund will help defray the cost of the DNA test and will encourage breeders to test their breeding Cotons. Testing your breeding Cotons will ensure no carriers are bred to one another. Testing allows breeders to make informed breeding decisions so that we can eliminate this disease from the Coton de Tuléar gene pool and never have to hear of a tragic Bandera’s litter being born again.

If you have any questions please feel free to contact the American Coton Club Health Committee or for more information about the disease and links to the research and testing facilities please visit our Coton de Tuléar DNA test web page.

The American Coton Club would like to thank everyone for their generosity as well as a special thank you to all who submitted photos for the 2012 Coton de Tuléar calendar.  You all helped make this health testing fund possible!  The American Coton Club has started working on the 2013 Coton de Tuléar Calendar and we encourage everyone to send in their Coton photos for the project. Please send photos to Photos@AmericanCotonClub.com.

Disclaimer: The Bandera’s Neonatal Ataxia DNA test may not be accurate for Cotons with unverifiable heritage. This test is specifically for purebred Cotons de Tulear. 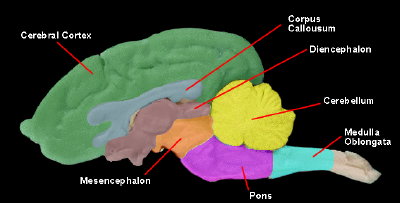 Coton puppies affected by Bandera's Neonatal Ataxia never gain the ability to ambulate normally. The University of Missouri discovered a gene mutation in the cerebellum of affected puppies in 2010. DNA testing of breeding Cotons enables breeders to breed safely and ensure no affected puppy is ever produced.

Bandera's Neonatal Ataxia, called "Bandera's syndrome" for the second Coton puppy diagnosed with the disease, is a self limiting condition. This is a disease of the cerebellum and affected puppies cannot coordinate their movements. The puppies affected by BNAt would never be well enough to leave a breeders home so there is no risk that an affected puppy would ever be sold to a companion family.

There have been no known adult Cotons affected with Bandera's Neonatal Ataxia.

It is critical to identify the carriers before they are bred to one another. Carriers can safely be bred to Clear Cotons with no risk of producing any affected puppies.  DNA testing is the key to wiping out this disease.

Veterinary researchers at the University of Missouri studied Coton puppies affected by Bandera's Neonatal Ataxia and in 2010 announced the discovery of the mutation causing BNAt in affected Coton puppies. The BNAt DNA test will help breeders identify carrier and clear Cotons within the gene pool.

Affected puppies are tested at no charge.

Please support this research by DNA testing your breeding Cotons.

The DNA test for Bandera's Neonatal Ataxia is $65 and can be done via a blood draw at your veterinarians office.

Instructions for submitting blood samples can be found on the University of Missouri web site as well as the links below and on the American Coton Club DNA Tests web page.