DNA is genetic code. DNA testing of breeding Cotons is enormously helpful to a breeder. The use of DNA tests to detect whether a Coton is Affected, a Carrier, or Clear allows breeders to make informed decisions when choosing mating combinations. DNA testing allows a breeder to breed responsibly and use all information at their disposal to make wise breeding decisions. The Coton de Tuléar breed is extremely fortunate to have three DNA tests available to help breeders make informed decisions and keep our breed healthy.

Supporting veterinarians and companies who research genetic problems in the Coton de Tuléar and produce DNA tests for our breed lets them know Coton breeders are interested in prevention and management of genetic disease and that the caretakers of the Coton de Tuléar support their research efforts by investing in health testing and utilizing the DNA tests developed for our breed.

DNA testing is a simple procedure which involves scraping a bit of tissue from the inside of your Cotons cheek with a sterile cotton swab or by blood draw and sending it to a testing organization. DNA tests have been developed for three specific diseases and more are on the way. DNA testing can identify a Coton that has the disease as well as a Coton that is only a carrier. Carriers do not have the disease and can never exhibit any symptoms, but a carrier can pass on the disease if mated with another carrier or an affected Coton.

The DNA test will help breeders identify carrier and clear Cotons within the gene pool. Please support this research by having your Coton de Tuléar tested.

Each test is $65 and can be done via a blood draw at your veterinarians office.  Affected puppies are tested at no charge.

Canine Multifocal Retinopathy (CMR) is a condition consisting of tiny bubbles or lesions around the periphery of the retina. It has been called the Coton Form of Retinal Dysplasia. It does not seem to be progressive and does not seem to impair sight. Nevertheless the recent discovery of CMR in Cotons means it has not been studied long term. As a precaution, ACC recommends testing for CMR and refraining from breeding affected Cotons, from breeding carriers to affected's, or carriers to carriers. This is the only way to eliminate this condition in the Coton de Tuléar.

Degenerative myelopathy (DM) is a progressive disease of the spinal cord in older dogs. The disease has an insidious onset typically between 8 and 14 years of age. It begins with a loss of coordination (ataxia) in the hind limbs. The affected dog will wobble when walking, knuckle over or drag the feet. This can first occur in one hind limb and then affect the other. As the disease progresses, the limbs become weak and the dog begins to buckle and has difficulty standing. The weakness gets progressively worse until the dog is unable to walk. The clinical course can range from 6 months to 1 year before dogs become paraplegic. If signs progress for a longer period of time, loss of urinary and fecal continence may occur and eventually weakness will develop in the front limbs. Another key feature of DM is that it is not a painful disease. Although any dog can be tested for DM, it is possible that the genetic background that predominates in some breeds prevents the development of symptoms even in dogs testing affected (at risk).

This disease is characterized by the excretion of uric acid leading to the formation of urinary calculi (stones) which may then require surgery. If a dog from a breed susceptible to this disorder is seen to experience problems urinating freely, then veterinary advice should be sought immediately.

Primary Hyperoxaluria (PH) is a metabolic disorder that affects the Coton de Tuléar dog breed. The disease results from a liver enzyme deficiency required to break down calcium oxalate crystals so they can be eliminated from a dog's system. Without a properly functioning enzyme, crystals build up in the dog’s body leading to progressive illness. Affected puppies show signs of the disorder at 3-4 weeks of age with the disease eventually leading to kidney failure. Symptoms of acute renal failure can include loss of appetite, vomiting, lethargy, decreased urine production, abdominal pain and blood in the urine. PH affected puppies rarely survive beyond a few months.

Von Willebrands disease (vWD) is an inherited bleeding disorder common in many breeds of dogs - German Shepherds, Doberman Pinschers, Shetland Sheepdogs, Chesapeake Bay Retrievers, German Shorthaired Pointers, Golden Retrievers, Standard Poodles, Scottish Terriers and recently identified in Cotons. Blood clotting is a complex phenomenon and vWD is caused by a deficiency in one of the clotting factors called the VWDf or von Willebrands Disease Factor. Severe spontaneous bleeding is rare, but hemorrhage may follow any type of surgery or even cutting into the quick of a toenail. Acute symptoms include nosebleeds, bruising or passed blood in feces and urine. Von Willebrands also predisposed dogs for dying under anesthesia. More than 17 Cotons have been identified either as affected or as carriers. Carriers will never have the disease. Dogs identified with vWD are always given blood clotting agents before any surgery.

VetGen provided the following statistics which shows the data on DNA tested Cotons to date.

Order DNA Tests for your Coton 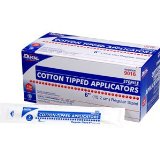