Have you ever wondered why your dog loves to worm his way under a chair, table or other tight space? Dogs are den animals by nature, and look for spaces in your home or yard that mimic a den. Dog crates make excellent dens and provide that safe, secure environment that dogs crave.

“Crate Training” has been proven to be the fastest and most effective way to housebreak a puppy. A dog’s natural instinct is to avoid being near his own waste, so he’ll make an effort to avoid eliminating in his crate.

Begin by choosing a crate that is large enough for your puppy to stand up, turn, and stretch out. If it’s too large the puppy may choose to use one end as a bedroom and the other as a bathroom! If you prefer to purchase a crate that will work for your dog when he’s full grown, look for the type that has a divider panel.

Keep the crate in your common living area during the day so he can be part of family activities. If possible, move the crate to your bedroom at night or get a second crate for sleeping. Dogs instinctively want to sleep near their pack. This will also allow you to correct him if he gets fussy in his crate.

When a dog is released from his crate, he should be taken outside immediately and encouraged to eliminate. Praise him when he accomplishes this! Supervise your dog 100 percent when he returns to the house if he’s not completely housebroken. If you become busy or distracted, crate him with a special toy that he only gets while he’s confined.

If you keep your pup on a regular feeding schedule and use his crate religiously, you will be rewarded with a fully housebroken dog in no time.

Destructive chewing behavior is often the result of an unsupervised dog being bored or anxious. Using a crate during an owner’s short-term absence eliminates this possibility. Dogs sleep the vast majority of the time when their owners are away anyway. Crating your dog while you’re away keeps him from being destructive and prevents him from ingesting something that could potentially harm him.

Separation anxiety occurs when a dog becomes distressed over his owner’s departure. Because dogs are pack animals, they are not always prepared to cope with isolation, even if it’s temporary. Making your dog’s crate time a positive experience can help remedy this. Therefore the most important rule of crate training is to never use the crate as a place of punishment.

Never make a big deal about letting your dog in or out of this crate. Wait until he’s calm before releasing him from his crate, and avoid giving praise or affection until he’s relaxed.

If you plan on travelling with your dog, they have to be crated. So preparing him early for this experience is the best way to ensure a stress-free trip.

With proper training, it won’t be long before your dog’s crate becomes a wonderful sanctuary for him and the favorite training tool for you!

About Cheri Lucas
Cheri Lucas is the founder and president of Second Chance at Love Humane Society, a no-kill dog rescue in Templeton, California. In 1999, Cheri began mentoring under Cesar Millan. She has since appeared on five episodes of Dog Whisperer and has been a guest on Sessions with Cesar. Cheri is a member of the International Association of Canine Professionals. 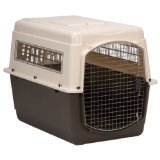 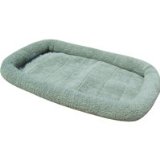 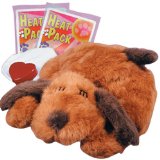